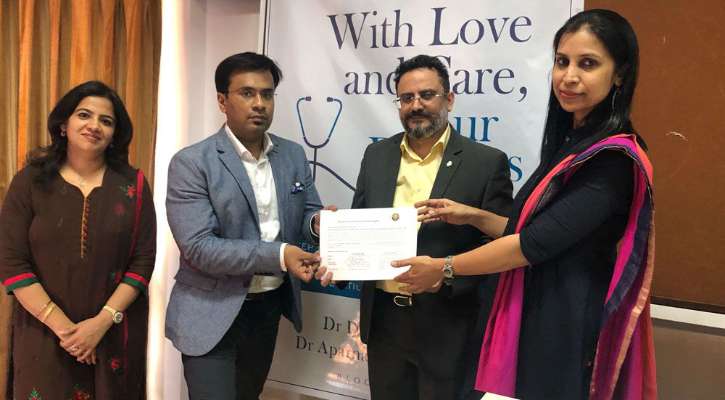 The Manifesto forms a part of the upcoming book ‘Dear People, With Love and Care, Your Doctors,’ authored jointly by renowned surgeons Dr Bhasker and Dr Shome.
The Manifesto highlights the rights of both patients and doctors. It helps set the perimeter of their mutual relationship and conduct on 17 different aspects, including empathy; trust; information and communication; cost of treatment; identity and professional status; records and reports; emergency medical care; informed consent; confidentiality; second opinion; non-discrimination; safety and quality care; deficiency in service; alternative treatment options; source for obtaining drugs or tests; discharge, referral and transfers; and redressal.

Speaking at the launch of the Manifesto, Dr Debraj Shome said, ‘The doctor-patient relationship is one of the purest bonds that has existed in the society from times immemorial. Unfortunately, in the last few years, there has been a gradual erosion of faith and trust in this equation. Times have changed and from being treated akin to God once upon a time, today we hear stories of doctors being assaulted in public. The aim of this manifesto is to clearly delineate the rights and duties of both doctors and patients to help restore the pristine balance and sanctity of this sacred relationship.’

Dr Aparna Govil Bhasker said, ‘The systemic problems in society are creating a rift between doctors and patients and we hear many discouraging stories of this strained relationship in the media daily. The lack of trust from both parties is so widespread that today we have come to a state where it almost feels like India is at war with its doctors.’

She added, ‘There are various reasons for this and deep introspection is needed from both sides to evaluate the reasons for this deteriorating relationship. This Manifesto will help re-establish a dialogue between the two parties and the book attempts to bring back the glory of this wonderful relationship. We hope to change the narrative and initiate a positive discourse in the doctor-patient relationship in India today.’

Dr Vipin Checker, President of the Association of Medical Consultants, said, ‘At the end of the day, medicine is about love, kindness and compassion, and we need an urgent dialogue about the crucial need of reviving these values between a patient and the healer. This Manifesto, unanimously adopted by the Association of Medical Consultants, will go a long way in changing the way the world today perceives healthcare and the doctor-patient relationship.’

The Doctor-patient relationship is built on mutual trust and protecting the rights of only one stake-holder and ignoring the other will eventually lead to discord and disharmony. Doctors are human too and have rights just like all other human beings. In fact, patients and doctors have rights and responsibilities that complement each other.

Dr Lalit Kapoor, Founder of AMC, ‘We doctors believe that both doctors and patients are two sides of the same coin and without one, the other is incomplete and cannot exist. The relationship is extremely important to the basic fabric and ethos of society as a whole.’

Given this situation, a manifesto of ‘patient and doctor rights’ has been jointly authored by Dr Aparna Govil Bhasker and Dr Debraj Shome, with critical inputs from Dr Lalit Kapoor. This ‘manifesto’ is a better elucidation of the ‘patient rights charter’ and will help to set the perimeter of this mutual relationship.